One of our favorite companies to write about at Shanghaipreneur is Alibaba. Started in 1999 with nothing more than a dream and a couple thousand dollars, founder Jack Ma (马云) has turned his company into a $190 billion juggernaut (according to trading prices at the close of 4/12/16). Ironically, that’s almost exactly the valuation he received on his company when he conducted an IPO almost 18 months ago. 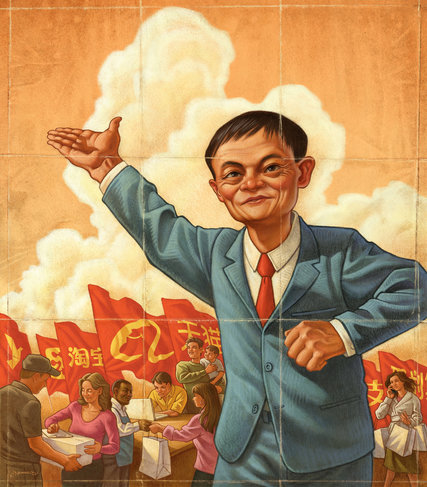 The Shanghaipreneur thinks that is a massive undervaluation.

The reason: The Alibaba team’s track record with its VC investments. As this Bloomberg article states, the Alibaba team is a “strong operational and financial partner.” Nearly every one of its recent investments has seen a remarkable increase in valuation within 2 years of Alibaba’s investments. Sometimes even sooner.

And yet the group trades at the same valuation it did at its IPO.

Today’s acquisition is Lazada, a late-stage unicorn founded by serial German incubator Rocket Holdings. Lazada is an e-commerce platform based in Singapore that also operates platforms in Indonesia, Malaysia, Philippines, Singapore, Thailand and Vietnam. According to the press release of the acquisition, that’s exposure to about 560 million people that Jack Ma just bought for a measly $1 billion.

The current valuation of the company is at around $2 billion. Alibaba will assume a slight majority stake. Rocket Holdings will be maintaining an 8.8% stake. The Lazada footprint seems to be a great fit with the emerging Alibaba ecosystem, which seems likely to dominate all of Asia – South, Southeast, and East – for decades to come.

We continue to be impressed with Alibaba Group.

Is China’s economy bigger than the US economy?