Well looky here! It’s the next big IPO you’ll be sick of hearing about by the time it actually happens. Alibaba’s finance unit Ant Financial Services, better known as Alipay (in the West) or zhifubao 支付宝 (in China), is planning a dual-listing in Shanghai and Hong Kong “as soon as 2016” at a valuation in excess of $60 billion. This here is going to be one wealthy blue insect: 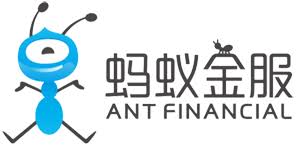 This rumor has been out there for a while. Alibaba Group (BABA) stands to either 1) inherit 33% of the stock at its IPO, or 2) receive a one-time payment equal to 37.5% of the IPO price. At a $60 billion valuation, that lump sum is valued at $22.5 billion. $30 billion for BABA’s chip (an $80 billion valuation) is not out of the realm of possibility.

The Alipay IPO will mark another sad day in the long, slow death of Yahoo. Remember that YHOO once owned 43% of BABA, which once owned 100% of its Alipay unit. If held until today, that stake alone would be worth $25.8 billion, or 75% of YHOO’s current market cap. And even if we back out BABA’s share of Ant at today’s valuation, that 43% in Alibaba that Yahoo once held would now be worth $73 billion.

However, Chinese regulators intervened and forced Alibaba chief Jack Ma to separate his finance unit from his e-commerce unit in order to ensure that critical domestic financial institutions remain closely held by majority-domestic firms. At the time, BABA was nearly 75% owned by foreign companies Softbank and Yahoo. The dismal saga of the Alipay ordeal ultimately lead to the demise of YHOO CEO Carol Bartz just two months later.

Given that Alipay plays the dominant position in a healthy duopoly (shared with Tencent’s WeChat Wallet) in China’s meteorically rising digital payments industry, we at the Shanghaipreneur would prefer to see BABA hold on to these shares for the long-term. After all, the Alipay service plays a critical role in the Alibaba ecosystem and Ant Financial has co-invested in many of the same startups as the Alibaba Group itself. However, we would not be surprised to see a partial liquidation of BABA’s position in Ant Financial. $5-$10 billion could go an awful long way towards Alibaba’s continued play for Asian domination.

Maybe there is a couple more of those ele.me-type companies lying about the Chinese entrepreneurial landscape!

Is China’s economy bigger than the US economy?